Deborah was admitted as a barrister and solicitor in the Australian Capital Territory and as a solicitor in New South Wales in 1986.

Since then, she has been employed as a barrister and solicitor in the private and public sectors in Canberra and is a partner at Maliganis Edwards Johnson, Barristers & Solicitors, having commenced with them in 1996.

Deborah specialises in personal injury litigation, which encompasses workers compensation, public liability incidents, motor vehicle accidents and medical negligence. She is a member of the Australian Lawyers Alliance, ACT Women Lawyers' Association and Ambassador for the Early Morning Centre (addressing issues of homelessness and supporting the vulnerable in our community).

Deborah is married to a local businessman, is the proud mother of 3 young men and balances her work and family commitments with participation in local and national charity and community events.

Dion has spent the last 8 years working in her family’s business, East Hotel.  In that time she has developed her skills and knowledge in her roles as Conferencing and Events manager, Human Resources, Food and Beverage design and operations, Assistant GM and Brand Director.  One of her key roles as an owner, manager, operator of East Hotel is relationship building with interstate and international guests and the local Canberra community.

Prior to her life at East, Dion worked in Sydney for 15 years as a practicing psychologist.  She worked in areas of Alcohol and Other Drugs, women’s mental health, worker’s compensation claims for psychological injury, clinical supervision and counselling of psychology students and her own private practice.

Now managing a team of 100+, Dion continues to use her skills as counsellor and psychologist to ensure the stability and mental health of her staff and to upskill her management team in best psychological practice in nurturing and guiding their teams to their highest potential.

Dion is passionate about her work at East Hotel and its standing in the community as a place that is family focused, warm and open. 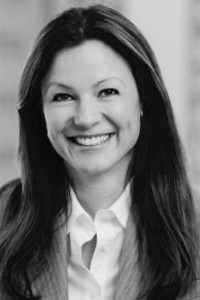 Bronwyn Fagan is Principal Advisor at Proximity Legal. She has worked as a lawyer, manager and policy advisor across a broad range of industries in state and federal government as well as the private sector.

In her previous role she was Director of Legal Services at ASADA, where she played a key role in the implementation of the 2015 amendments to the WADA Code into the Australian anti-doping framework. She has published various articles, mainly on the topic of anti-doping, and has served various Ministerial working groups and advisory panels.

Bronwyn sits on the board of the Canberra Raiders NRL Club and is a member of the Overseas Aid Gift Deduction Scheme Public Fund Committee for obstetric charity Send Hope Not Flowers. She is also an Audit Committee member for DFAT portfolio agency the Australian Centre for International Agricultural Research. She loves attending local sporting events with her two young daughters, and has represented Australia in both the sports of skeleton and bobsleigh. 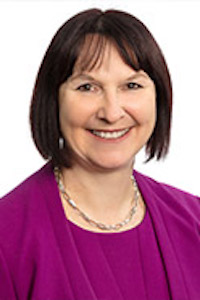 Kerri has 30 years of experience in the Australian Public Service culminating as the Secretary of the Department of Employment, Skills, Small and Family Business and before that the Secretary of Employment and Industrial Relations. Much of her career has been in positions assisting vulnerable people - including 5 years as the Deputy in the Department of Human Services.

She has worked at senior levels across many departments including immigration, finance, Prime Minister and Cabinet, agriculture and for five years was the Deputy Director General in ASIO.

She was a member of the Advisory Board of the Brotherhood of St Laurence and of MS Angels and sits on the board of the Canberra Girls Grammar School.

As a breast cancer survivor, Kerri has championed fundraising for cancer research. Kerri is currently working with the Business Council of Australia’s BizRebuild team to assist small businesses in bushfire affected areas throughout Australia.

Having lived in Canberra since the early 1980s and raised her family here, she is keen to continue to give back to the community. Kerri is married to Brian and has two daughters.

Dr Tony Lafferty is a Paediatric Endocrinologist and former Clinical Director of Paediatrics. Tony graduated from the University of Otago Medical School in New Zealand, then moved to Melbourne to train in Paediatrics. He then trained in Paediatric Endocrinology and Diabetes at the Royal Children's Hospital. After spending 2 years at the National Institute of Child Health and Human Development at the NIH in Maryland, US, he returned to Melbourne in 2000 as a visiting NIH Fellow and Senior Lecturer at Monash University.

In 2001, he accepted a position at Princess Margaret Hospital for Children in Perth where he worked for 4 years before moving to Canberra in 2005. Since arriving in Canberra, Tony helped to establish a Paediatric Endocrinology and Diabetes service and has continued his clinical and research interests in obesity, children's diabetes and growth disorders, and all aspects of paediatric endocrinology.

Tony is passionate about working together with fellow staff to make the Paediatric Service and the Canberra Hospital a place that we can be proud of, where people from Canberra and surrounds receive the best possible patient centred treatment and care.

Peter Munday, a 2018 ACT Local Hero Award Nominee, has over the last decade raised millions of dollars for local charities through his business resources and personal connections.

Through raffling cars donated by his business, organising and running events such as the Volkswagen Drive for the Community, and by encouraging his customers to support his worthy causes, Peter has supported numerous charities across Canberra including the Canberra Hospital Foundation, the Starlight Children Foundation, Snowy Hydro South Care Helicopter, Menslink and Lifeline.

Peter is particularly passionate about supporting adolescents who are unwell and needing to be in hospital, or suffering from mental health issues. A donation from one of the car raffles refurbished 'The Cottage', a day facility for young people with severe mental health issues, making a significant difference to the lives of the people who attend the facility.

As a strong supporter of young men who are experiencing tough times, Peter leads the fundraising efforts for Menslink. He works hard advocating for, and mentoring young men from all walks of life, some of which have been found in desperate and life threatening circumstances.

Peter leads an extremely busy professional life however is relentless in his philanthropic endeavours and hopes that others in the community, particularly in the corporate world, will follow suit and contribute to help others that are not so fortunate.

Peter believes "the power of people brings people together". And that's exactly what he does. 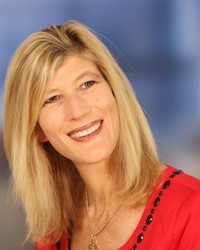 Lynne founded the health economics and social policy group at Access Economics in 2000, building it into a global practice and becoming chair of the board in 2007. She won the Telstra Business Woman of the Year Award in 2008, and merged the company with Deloitte in 2011, when she then became Managing Partner for Deloitte Canberra.

Retiring from Deloitte in May 2020, Lynne now has board, NFP and Government Review roles, is running a health coaching start-up “Well and Wise”, and continues to be a sought after speaker and mentor.

Lynne spent ten years in Australian Government departments prior to 2000, and has served as a specialist expert for the World Health Organization and for the National Disability Insurance Scheme Canberra site. Lynne's PhD is in best practice cost of illness methods and her work in this area spans five continents, including numerous international presentations and multi-country studies.

Susan is an experienced director and has served on numerous private and public boards, committees and councils including as a non-executive director of Canberra Grammar School, the Land Development Agency and member of the audit committee, ACTTAB, a former Territory Owned Corporation and chair of the audit committee, Molonglo Financial Services Limited (Bendigo Bank franchise) and the Property Council (ACT) Division Council.  Susan currently sits on Australian Institute of Company Directors (ACT Division) and is a fellow of the AICD.

Alongside her non-executive director career Susan has practised as a commercial lawyer specialising in property and development, both as partner and managing partner. She has over 20 years experience in providing commercial and strategic advice, driving innovation and advising on property development. Susan is a NSW Law Society accredited specialist in property law. 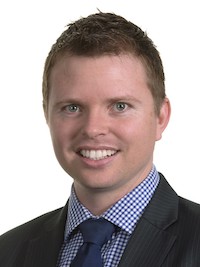 Matthew is a Director in the Ernst & Young Canberra Tax Practice with over 10 years’ experience in providing tax compliance and advisory services to Government, not-for-profit organisations and the private sector.

Matthew graduated from the Australian National University with a Bachelor of Commerce and a Bachelor of Law (Hons) and is a member of Chartered Accountants New Zealand and Australia.

In his time at EY Matthew has developed a skillset in providing taxation advice and services to NFP entities and has become a national subject matter expert in this area for the firm. Matthew has used this experience to help establish and support the ongoing operations of numerous charities in both Canberra and across Australia.